Today is not the day to be Lindsay Lohan!

Lindsay Lohan was just sentenced to 90 days in jail for violating her probation in her DUI case, followed by a 90-day inpatient rehab program.

Judge Marsha Revel sentenced LiLo after an incredulous prosecutor, Danette Meyers, told the judge that Lohan has been thumbing her nose at the court.

The evidence was loud and clear today — Lindsay violated probation by failing to attend her alcohol ed classes based on the schedule set by the judge. There were lots of excuses, but ultimately they didn’t fly.

The judge said there was a pattern of violations since Lindsay was placed on probation in 2007 following her plea bargain in her DUI case.

Lindsay broke down as she addressed the court, telling the judge, “I did the best I could.”

Lindsay dissolved into tears when the judge imposed the sentence.

Lohan must surrender on July 20 in Judge Revel’s court. 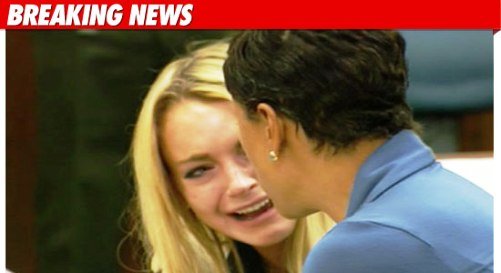