The actress, who has been married to funny lady Ellen DeGeneres since August 15, 2008 has decided that the time has come to legally change her name.

The papers [see them via ET Online HERE] filed with the Los Angeles County Superior Court, state that Portia wants to change her name to Portia Lee James DeGeneres.

The hearing for Portia de Rossi’s name change will take place this September. 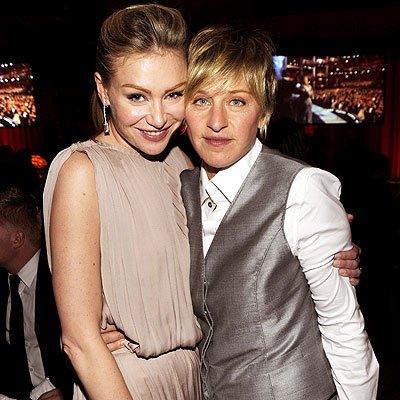 Loving Levi: The Road to the Mayor’s Office will center on Levi’s newfound fame, which he will trade on to make his run for Wasilla City Hall. While the mayoral chair isn’t up for election until 2012, Levi is looking into running for city council in the meantime, according to Variety.

Levi, who recently split from his on-again fiancée Bristol Palin, admits that the pair looked into ideas for a reality show starring themselves, but “weren’t thrilled with any of the ideas.”