You know, I probably won’t make any friends by saying this, but I’m going to say it anyway because, well, that’s how I roll ….. I had sympathy for Fantasia Barrino until I read the full statement released by her manager today.

The statement, which was released in response to reports that Fantasia had been hospitalized following a drug overdose suicide attempt, starts off innocently enough – with pretty blatant accusations of lying and explanations of inconsistencies – but then it takes a turn and ends up being a shameless plug for Fantasia’s new album. There are even lyrics that fit nicely into the mix. How convenient.

Here is the full statement:

“Fantasia has always been an open book. Honesty, self-respect, and personal responsibility are values she wears proudly.

“He even took her there. One of Mr. Cook’s most redeeming qualities was his complete devotion to his children. Fantasia fell in love with Mr. Cook and believed that he loved her. Fantasia and Mr. Cook dated on and off for about eleven months. The pressure of the constant media attention was hard on their relationship. Fantasia gave inconsistent interviews about the status of her relationship with Mr. Cook because sometimes they were on and sometimes they were off.

When they were on, they spent most of their time together when she was not traveling with work. Fantasia read Mrs. Cook’s Complaint against Mr. Cook for the first time yesterday. She knows some of the allegations in Mrs. Cook’s complaint are totally false. There are others she strongly doubts. There is plenty she does not know.

Fantasia is heartbroken and is sorry for any pain she may have caused.

Yesterday, she was totally overwhelmed by the lawsuit and the media attention. Last night, Fantasia was hospitalized. She took an overdose of aspirin and a sleep aid.

Her injuries are not life threatening. She was dehydrated and exhausted at the time. Fantasia is stable now. She will be released from the hospital soon. Fantasia is a fighter and a survivor. This is not the hardest thing Fantasia has endured.

Fantasia will be stronger, smarter, and better for it. Her work has always inspired her and served as a source of strength. Her new album, “Back To Me,” will be released on August 24th.

The lyrics to “I’m Here” say it best:
“I Believe I Have Inside Of Me
Everything That I Need To Live A Bountiful Life
With All The Love Inside Of Me
I’ll Stand As Tall As The Tallest Tree
And I’m Thankful For Each Day That I’m Given
Both The Easy And The Hard Ones I’m Livin’
But Most Of All
Yes, I’m Thankful For Lovin’ Who I Really Am”

Fantasia sends her praise to God and her eternal gratitude to her fans, friends, and family.

Nice. Nothing like using an upcoming album release to overshadow a suicide attempt. Ahh…Hollywood….. 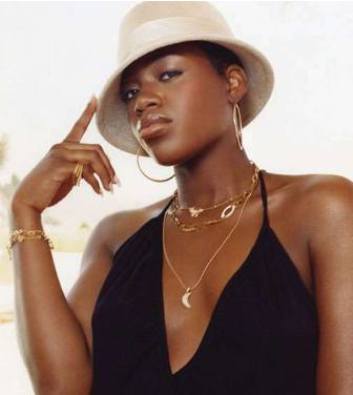