Home
Hollywood Gossip
Michael Douglas Has A Tumor In His Throat

It was confirmed today by his spokesperson that Michael Douglas, 65, will be undergoing eight weeks of radiation and chemotherapy to treat the tumor* doctors discovered in the actor’s throat.

Douglas is expected to make a full recovery, and said in a statement that he is “very optimistic.”

The sympathetic human in me says “Aww, that’s too bad. I hope he’s ok,” but the gossip blogger in me says “Publicity stunt!” He does have a movie coming out next month, ya know. 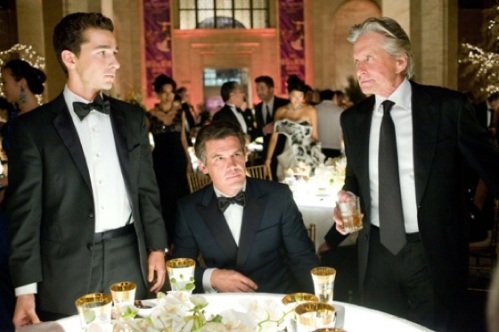 On March 30, 1977, Douglas married Diandra Luker, who is 14 years his junior. They had one child, Cameron; who was born on December 13, 1978 and is currently behind bars for five years on drug charges.

Michael Douglas was in a severe skiing accident in 1980; he put his acting career on hold for three years after.

Diandra divorced Michael in 2000, after 23 years of marriage.