I like Drew Barrymore like I like a lot of people – sometimes she’s really cool and fun to hang with, then other times she’s just annoying.

At this precise moment, however, I like Drew Barrymore. A lot.

Although I’m not constantly bombarded by fans and paparazzi (not daily, anyway), I imagine that hearing the same questions from reporters over and over again can get pretty friggin’ irritating.

And apparently, being interviewed by a reporter who won’t let go of the past makes Drew Barrymore want to get violent.

Drew Barrymore says she’s comfortable discussing her drug-riddled childhood — as long as the questions don’t go too far. “You should have heard this b**** I had to do an interview with before you here. God, I wanted to punch her, she would just not drop the youth thing. I have no problem talking about it. I am not someone who is ashamed of my past,” Barrymore, 35, told a reporter from the London Daily Standard. “I’m actually really proud. I know I made a lot of mistakes, but they in turn were my life lessons. It’s actually good to get it done young and have a great life later. But yeah, man, I wanted to rip this woman’s face off. She just would not shut up about it.” 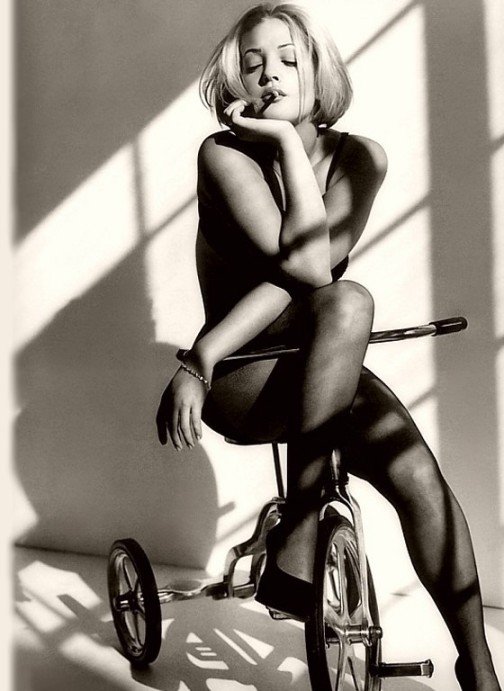