It all starts off so innocently… Sasha and her roommate Angela are preparing to attend the year’s sexiest party, the Halloween Fantasy Ball. Sasha planned on being a goddess but thanks to a little furry creature in her house, she was forced to change costumes. Ending up a Vampire Slayer, she and her roommate – who is dressed as a sexy witch – head for the hotel.

That’s pretty much where the innocence stops. Not that there’s anything wrong with that.

Enter To Win ‘Halloween Fantasies’ By Katie Salidas! Just In Time For Halloween!

Dante stood still for a moment, taking in all the scents of the humans around as he watched Trevor vanish into the sea of dancing bodies. Hunger and need beat at him, and he was ready to satiate both desires. Oh yes, tonight will be fun.

And it was. For both Sasha and Dante.

Like great sex itself, Halloween Fantasies begins slow and gentle, preparing you for the tantalizing pleasure coming next. Twists and turns, with various levels of climax, the story takes you on a steamy journey through the deepest of desires.

You think you know where it’s going, then… boom! A juicy bite you didn’t see coming – but probably secretly hoped for.

Halloween Fantasies by Katie Salidas is definitely a must read for fans of vampire erotica, but it’s also a great read for those who enjoy the erotica genre as a whole.

Disclaimer: Halloween Fantasies is for adult audiences only because there’s a lot of hot sex with multiple partners and some graphic language. All sexually active characters in the story are of legal age. 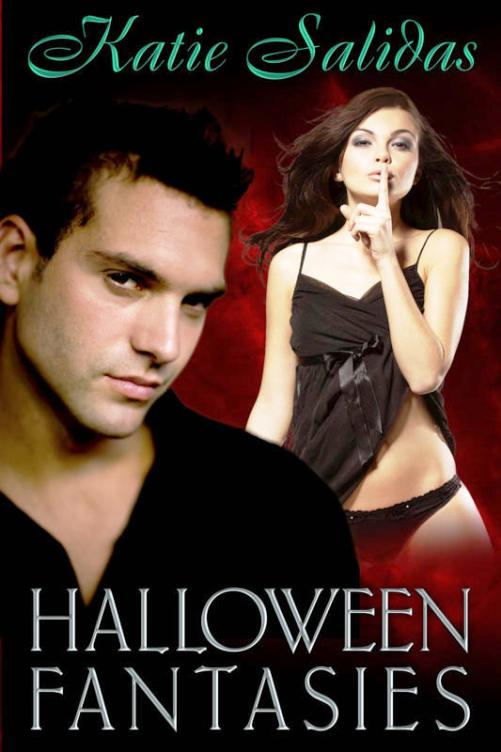