I don’t know whether to feel bad or fall over laughing.

Junior Seau, who most recently played for the New England Patriots, was arrested early Monday morning for suspected domestic violence. The retired linebacker was booked at the Vista Detention Facility around 2:00 a.m. and released a little over an hour later.

Shortly after Seau’s release, he drove his SUV off a cliff in Carlsbad, CA.

He suffered minor injuries and was taken to the local hospital after he and his car were found on the beach at the base of a cliff.

Although quite suspicious looking, the accident was not a suicide attempt; according to Junior Seau, he fell asleep at the wheel.

The crash came hours after he was arrested on felony domestic violence charges and accused of attacking a woman described as his 25-year-old live-in girlfriend.

Seau reportedly showed no signs of being under the influence of alcohol or drugs, but a blood test was taken shortly after the incident. 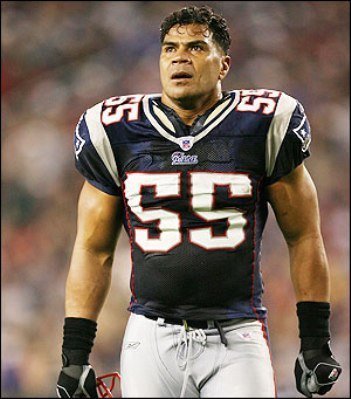