Just in case you were wondering, we have the Blue Power Ranger to thank for bringing Taylor Lautner into our lives.

Although best known for his portrayal of Jacob Black in the Twilight series, as well as notable roles in The Adventures of Sharkboy and Lavagirl in 3-D and Cheaper by the Dozen 2, Taylor Lautner actually got his acting start years before in the made-for-TV movie Shadow Fury, with the encouragement of his karate coach – the Blue Power Ranger. 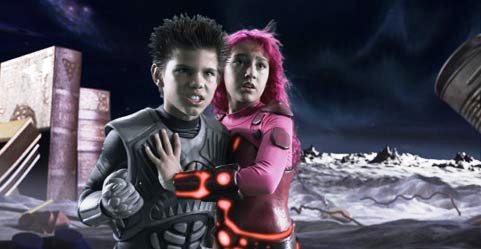 He went on to have roles in Summerland, The Bernie Mac Show, My Wife and Kids, and The Nick & Jessica Variety Hour. Lautner was also featured on America’s Most Talented Kids, showing off his Martial Arts skills, which he has been studying since the age of six.

In 2008, Taylor Lautner played Christian Slater’s son in the quickly-canceled television series My Own Worst Enemy.

I bet you didn’t know Taylor Lautner had such a large body of work.

The director of the Twilight sequel The Twilight Saga: New Moon considered replacing Lautner due to the major physical changes the character Jacob Black goes through. In an attempt to keep the role, Taylor Lautner weight-trained extensively and gained about 30 pounds of muscle. His new physique worked and Lautner reprised his role in both 2009’s New Moon and 2010’s The Twilight Saga: Eclipse.

And thank goodness too, because homeboy is hot! 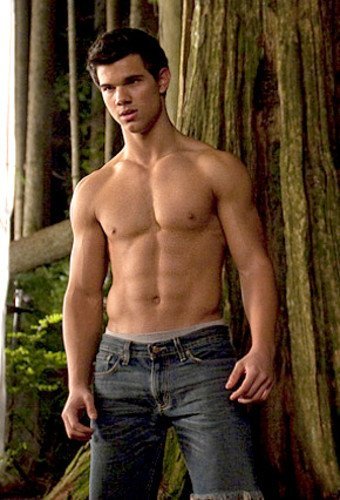 On December 12, 2009 Lautner hosted Saturday Night Live, making him one of the youngest celebrity hosts in the show’s history.

In 2012, Lautner will star at Stretch Armstrong in a 3D film. 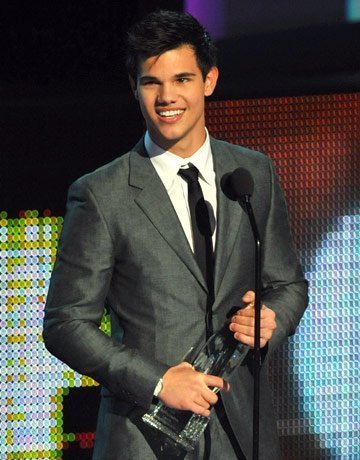