Uh-oh, things might be getting a little awkward on the Gossip Girl set soon.

A representative for both Blake Lively and Penn Badgley has confirmed the co-stars and real-life couple has indeed broken up.

Something must have happened in the past few days because Lively and Badgley, both 23, were seen together shopping for candles just last weekend at Henry Bendel in New York. Maybe they don’t like each other’s taste in décor.

Romantically linked since 2007, Blake Lively and Penn Badgley initially denied their romance and insisted they were only friends. It wasn’t until 2008 that the two went public with their relationship by appearing together at several events and looking lovey-dovey around New York City.

Side Note: Blake Lively and Penn Badgley have known each other since they were 11-years-old.

A source tells People Magazine that there have been no signs of trouble between Blake Lively and Penn Badgley on the set of Gossip Girl, saying, “It didn’t seem like anything was off at all and no one said anything.”

Maybe not a few days ago, but I’m sure it’ll get pretty tense soon. It’s only natural, really. And they are actors, so they’re probably pretty good at hiding their feelings. 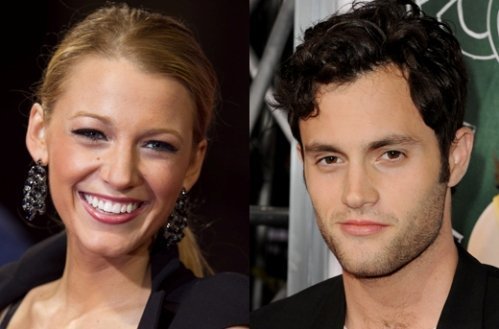