According to Camille Grammer – whose facial “expressions” totally bug, by the way – ex-husband Kelsey Grammer pressured her to be on Real Housewives of Beverly Hills so he could jet off to New York and cheat on her with 29-year-old flight attendant Katye Walsh.

She claims everything was hunky-dory in their 13-year marriage until she began filming Real Housewives this past July.

“Looking back, maybe he wanted to keep me preoccupied in California while he was off having his affair in New York,” the ex Playboy model, who has two young children with the actor, tells the New York Post.

Although Camille talks on the show of stepping out of her Emmy-winning hubby’s shadow, she tells the Post “I really didn’t want to do” Housewives. “I think it was more Kelsey’s agenda. I was very reluctant, because I am a very private person.”

She’s such a private person she’s going to continue to film the reality show; complaining the whole way about the demise of her marriage.

“I don’t respect what he did to me and my family,” says the new reality star. “I am not happy with the way it went down. When I signed on, I didn’t think I would be going through a divorce in the middle of a reality show.”

Either Kelsey Grammer is a mad genius, or Camille Grammer is a complete idiot. The jury is still out on both. 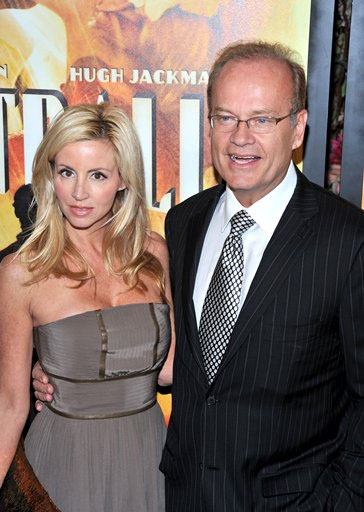