There’s somethin’ freaky goin’ on in them thar hills!

No, it’s not dueling banjos. It’s another celebrity divorce in the country music world.

Country singer Randy Travis and his wife/manager Elizabeth have split up; their spokeswoman Maureen O’Connor has confirmed to the Associated Press that the divorce was finalized Friday.

No further details were given, but an earlier statement that the couple had “parted ways” said Elizabeth Travis would continue to be Travis’ personal manager. The statement said the couple would have no further comment and asked for “respect for their privacy during this time.”

According to reports a petition for the dissolution of marriage was filed in Albuquerque, N.M. on Thursday by Randy Travis. Giving no specific reason for the split, the petition says a “state of incompatibility exists between the parties” and asks for assets to be split equally.

The couple has had a 34-year business and personal relationship that began when a teenage Travis won a talent contest at the Charlotte, N.C., nightclub his future wife owned in the mid-1970s with her first husband. They married in 1991.

So I tried to find a picture of Randy and Elizabeth Travis in which they both had genuine smiles, but I couldn’t really find any. 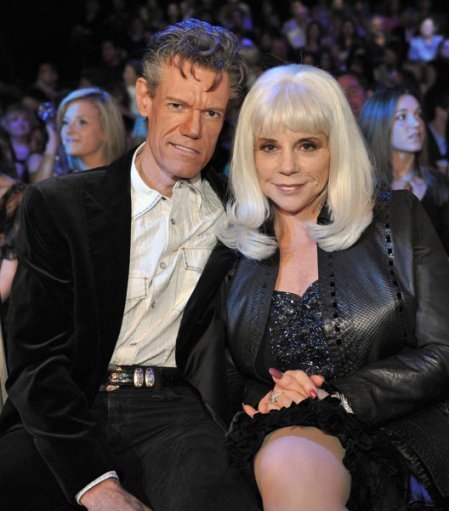 When he’s with Carrie Underwood, however, dude beams like the midday sun! 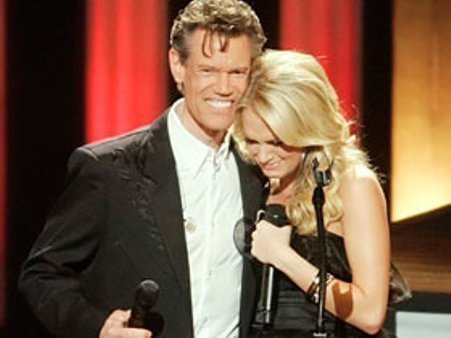