In today’s day and age of severely troubled young celebrities, it’s easy to write someone off as a drug addict when we hear they’ve entered rehab. Sometimes we forget that there are other reasons a person may seek help at an inpatient facility.

My heart goes out to Demi Lovato.

A rep for the 18-year-old Disney star released a statement on Monday confirming to PEOPLE that the young super-star has dropped out of the Jonas Brothers tour and entered a treatment center for professional help with “emotional and physical issues she has dealt with for some time.”

Demi Lovato has been open about her some of her past struggles, including being bullied in school and having some self-esteem issues. Although is has never been “officially” confirmed, it is widely believed that Demi Lovato has had troubles with eating disorders and cutting.

I knew a cutter when I was younger – the depth of her heartache and pain went deeper than anyone I have ever met.

No specific reason has been given as to why Demi Lovato has chosen to get help at this time, but several outlets are reporting that she was in physical altercation with a female member of her tour, and that the incident served as a “catalyst” in the young singer’s decision to enter the treatment facility.

“Demi has decided to take personal responsibility for her actions and seek help,” the rep says. “She is doing just that. Demi and her family ask that the media please respect their privacy during this difficult time. She regrets not being able to finish her tour, but is looking forward to getting back to work in the near future.”

As sad as it is that such a young woman has such big problems, I think it’s incredibly honorable that Demi has taken it upon herself to seek help. It shows a level of maturity not often found in other young celebrities (I’m talking to you Lindsay Lohan!).

Instead of self-medicating and covering up her problems with drugs and alcohol like so many others, Demi Lovato is tackling her issues head on – and that is to be commended. 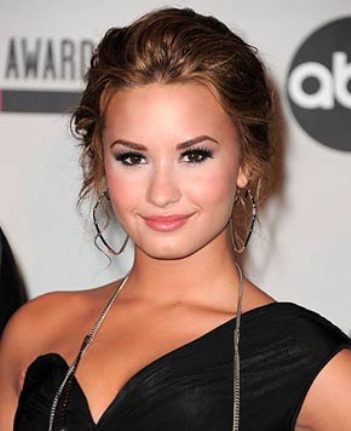