Barely a week after longtime couple Nick Lachey and Vanessa Milliano broke the news of their pending nuptials, Lachey’s ex-wife, Jessica Simpson, has announced that she too, is engaged to be married.

Simpson’s boyfriend of no more than six months, Eric Johnson, is the lucky fellow.

Jessica Simpson showed off her brand new Neil Lane engagement ring at Dillard’s department store in Kansas City on Saturday as she was promoting her clothing line.

Her boyfriend of five months, Eric Johnson, proposed to Simpson with a three-stone ring that features a central ruby flanked by two diamonds.

“She was in a really good mood,” an eyewitness at the store tells PEOPLE. “She was very friendly and sweet. She signed autographs and seemed to have a great time.”

The Texas native began dating the former NFL player in May while he was estranged from his first wife, stylist Keri Johnson; their divorce was finalized five months later.

The newly engaged couple will spend Thanksgiving in NYC, where Simpson is scheduled to perform during Macy’s Thanksgiving Day parade; Johnson’s family will join her on the float.

Let the race to the altar begin!! 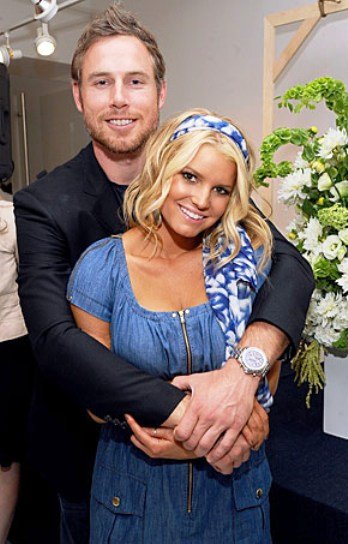