A lot has happened in the Spears family over the last few years – namely Britney’s descent into madness – but things seems to really be on the right track now. So much so, apparently, that the matriarch and patriarch have rekindled their love.

Jamie Spears and his ex-wife of eight years, Lynne Spears, have gotten back together. Allegedly they’ve been a do-over item since this past summer.

“They are back together and are doing well and happy,” a source tells PEOPLE. “[They’re] not remarried but back together.”

The couple, who divorced in 2002, were looking friendly on Saturday at Los Angeles lounge Boudoir. Onlookers at the lounge spotted Lynne and Jamie cheering and dancing as DJ Mr. Best spun Britney’s hits, like “Toxic” and “Gimme More.”

“They were in a great mood together,” says an onlooker. “They were laughing together – dancing and laughing [and] totally having fun.”

I think we can all agree that Jamie Spears can be held personally responsible for the great positive changes in the crazy life of Britney Spears. It’s nice to know life is good and Jamie has time to find happiness for himself. Although it is sort of weird that he’s with Lynne Spears, since their divorce was so acrimonious. Just sayin’. 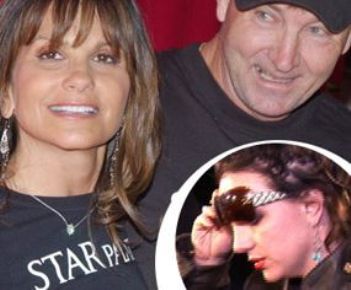