So let me get this straight…..Eva Longoria threw a little tantrum yesterday when rumors that Tony Parker had filed for divorce began to swirl, only to turn around and file papers herself this morning? And ask for spousal support??

Sources tell TMZ that although Desperate Housewives actress Eva Longoria was the one who actually filed the divorce papers with the L.A. County Superior Court, she’s “devastated”.

It basically goes without saying that she cited “irreconcilable differences” as the reason.

What’s not so boring is the fact that the seemingly successful actress is asking the professional basketball player for spousal support. What’s that about? Does Eva Longoria have a secret habit we don’t know about that she’s spent all her money on and she’s actually broke?

On a high note, the splitting couple signed a prenup on June 21, 2007, which they amended in June 2009. The divorce documents that were allegedly filed this morning, mention the prenup.

Eva Longoria and Tony Parker were married in a European castle on July 7, 2007.

The couple exchanged vows in a traditional Roman Catholic ceremony officiated by Reverend Dominic Schubert. The ceremony honored the bride’s Mexican heritage with two traditions: an exchange of coins illustrating the groom’s ability to support her, and the lazo, in which a rosary is placed around the couple to symbolize their union. [source] 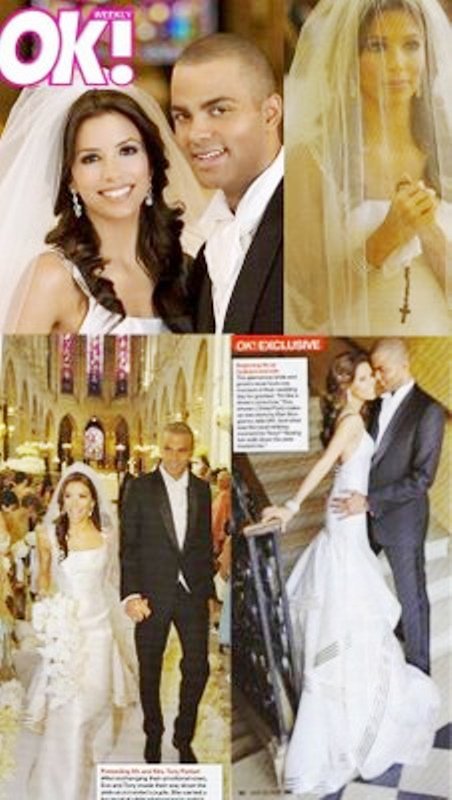