I’m never surprised when celebrity couples who have been married only a few years divorce, but the downfall of marriages that have lasted over a decade often take me aback.

George Lopez and his wife Ann Lopez announced their split back in September, but papers to end the 17 year marriage were not filed until this past Tuesday.

Citing the far-too-common “irreconcilable differences” Ann Lopez is asking for spousal support as well as primary physical custody of the couple’s 14-year-old daughter, Mayan Lopez. The Lopez’s allegedly do not have a prenuptial agreement.

When the couple first called it quits in September, all parties involved said the decision was and amicable and mutual one.

Of the couple’s decision to separate in September, a representative told PEOPLE, “George and Ann Lopez have made the decision to end their 17-year marriage.

They remain dedicated parents, and committed partners in business and their philanthropic organization, The Lopez Foundation.”

As I’m sure you know, Ann Lopez donated one of her kidneys to her husband back in 2005. At the time, George said he couldn’t thank his wife enough for saving his life.

“I can’t pay her back, but what I can do is make her as happy as she thought I would when we first got married.”

So…uh…..I’m guessing he didn’t do that? Does this mean Ann Lopez will be asking for her kidney back? 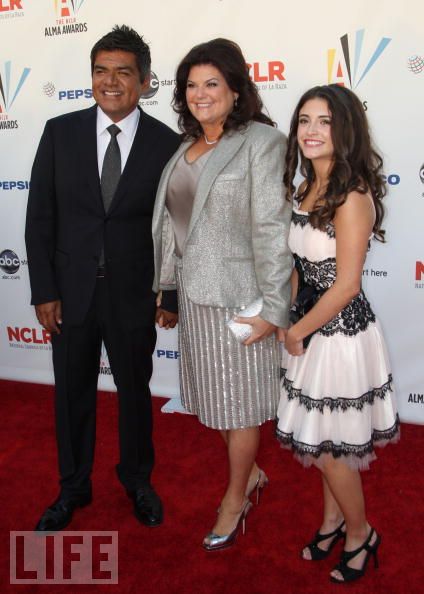