Just when I thought Kanye West has done all he can to prove he’s the biggest douche in music-town, he goes and does something completely unselfish and totally throws me off.

While in New York the other day, Kanye West was able to let go of his super-sized ego long enough to make a positive contribution to society – without expecting something in return.

Kanye West spent 90 minutes gift wrapping presents for foster kids today at a charity event in NYC — but he didn’t do it for the publicity … he did it because he happened to be in the area and he felt like helping out.

Sources tell TMZ West was not scheduled to attend the New Yorkers for Children’s 8th annual “Wrap to Rap” event at the Ainsworth in NYC this afternoon … but around 6:00 PM, he strolled right in and asked if he could help out.

We’re told some people at the event asked West why he decided to roll in — and Kanye explained he simply felt compelled to lend a hand because he believed it was a good cause.

Our sources say West cheerfully wrapped some of the 2,000 gifts that were donated by Wal-Mart … and then quietly slipped out the back. 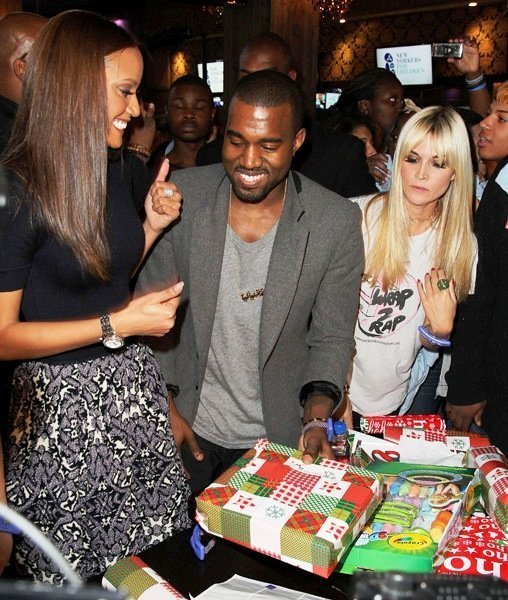