It is being reported that doctors for Elizabeth Edwards, 61, have told her that her cancer has metastasized to her liver, and that any further treatment would pretty much be pointless.

Over the Thanksgiving holiday, Elizabeth was hospitalized after taking ill; it was during that time that doctors found that the cancer had spread beyond repair.

Handling the news as she does everything else – with grace and class – Elizabeth Edwards took to her Facebook page to share her thoughts.

“I have been sustained throughout my life by three saving graces — my family, my friends, and a faith in the power of resilience and hope,” Edwards wrote on her Facebook page today. “These graces have carried me through difficult times and they have brought me more joy to the good times than I ever could have imagined. The days of our lives, for all of us, are numbered. We know that.”

…A source in the Edwards family told CBS News that Elizabeth “is dying,” and members of her extended family are said to be gathering at her home in Chapel Hill, N.C.

Seems a little cosmically f*cked up that Elizabeth Edwards is going to die before John Edwards, doesn’t it?

First diagnosed with breast cancer in 2004, Edwards and her estranged husband, former senator and presidential candidate John Edwards, waged a very public battle against the disease, often in the midst of one political campaign or another. After going into remission, Edwards revealed in 2007 that her cancer had returned. 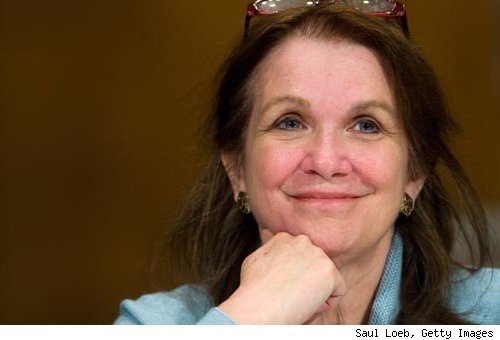