Featuring an impressive comedian lineup, the tour will aim to unify Americans, by poking fun at the very stereotypes that have divided some Americans in a post 9/11 world. What makes this initiative unique is that it includes a line-up of talented American comedians representing the Muslim, Jewish and Christian faiths, whose cultural heritage emanate from a diverse group of countries.

“FUNATICAL” will launch on the West Coast and will include dates at Beyond the Stars Palace Theatre in Glendale on December 10th, and then will move to the Los Angeles Theatre Center on December 11, 2010. In late January, the show will head to the East Coast for stints in New York City and Washington, D.C. in early March. The tour, whose motto is, ‘We Come in Peace,’ will explore diverse cultures and current events, some which may have been controversial.

Now, for the first time, the United Religious Initiative (URI), a United Nations NGO, is supporting a multicultural comedy tour. URI is a global interfaith peace-building organization that is currently active in 72 countries around the world. The FUNATICAL tour includes dozens of partners and supporters on both coasts including the Levantine Cultural Center and Beauty and the East TV.

“FUNATICAL” creator and executive producer Samira Atash says, “We are presenting this comedy tour to bring people together to celebrate our shared freedom, who we are, and what we have. We must all challenge prejudice, and in our tour, we use comedy to examine those feelings out loud, but in a way that is entertaining and thought provoking. In particular, FUNATICAL’s animated character, “Mustlaufa Dajeeni’, illustrates how silly stereotypes can be.”

“FUNATICAL” is co-produced by a team of Muslims, Jews and Christians including: Jordan Elgrably, the creator of the long-running ‘Sultans of Satire’ comedy show, which stared Ahmed Ahmed and Maz Jobrani; Aron Kader from the ‘Axis of Evil Comedy Tour’ and Max Amini, comedian and founder of the ‘Exotic Imports’ comedy tour.

Media Inquiries:
For complimentary tickets to attend one of the LA area shows or to schedule an interview with the producers or comedians, please contact 1-800-775-0958 or mariam.nawabi@planetpixmedia.com 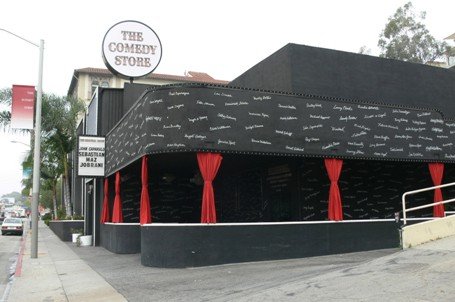