Another Hollywood love story has come to an end. If you listen carefully, I bet you can hear the happy screams of thousands of tweens.

Teen heart-throb Zac Efron and his actress girlfriend of four years, Vanessa Hudgens have called it quits. Like many relationships that begin when the parties involved are young, it simply ran its course.

The love affair that was Zanessa ended earlier this month, according to various news outlets. Zac, 23, and 22-year-old Vanessa were a couple both onscreen and off and began dating while co-starring as Troy and Gabriella in Disney’s hit High School Musical franchise in 2005. The relationship even survived Vanessa’s humiliating nude photo leak two years later and the longtime couple began living together earlier this year.

Time, not infidelity, led to the split, insiders say. Tipsters ensure PEOPLE that the breakup was amicable and Zac and Vanessa remain close friends.

“There’s no third party involved. They were together for so long. It just ran its course. … There’s no drama. No one cheated. They just grew up,” a source tells E! News.

Grew up, and grew apart – it happens.

At least they didn’t get married. A break up is much easier – and less expensive – than a divorce. Just sayin’. 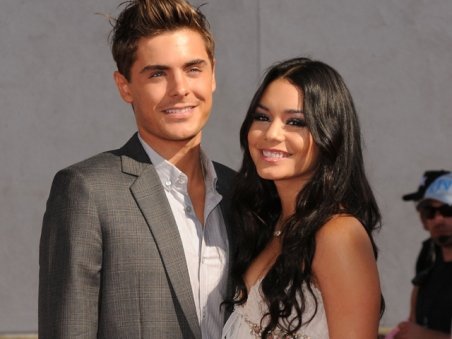