Earlier today I told you about the assault allegations a staff member at the Betty Ford clinic is bringing against Lindsay Lohan. Well now there’s been a slight plot twist in the story.

Apparently, by talking to TMZ, Dawn Holland violated her contract with the Betty Ford Clinic and her services were terminated.

In a statement to TMZ, Betty Ford officials say, “Regrettably, on December 21, 2010, one of our employees violated strict confidentiality guidelines and laws by publicly identifying patients in a media interview and by disclosing a privileged document.”

The statement goes on, “The employee has been terminated by the Betty Ford Center.”

Holland says she told the official, “I didn’t feel you had my back. When you placed me on administrative leave you were investigating me, and 9 times out of 10 that means the employee will be fired.”

Holland says the official responded, “We wanted you to keep this quiet.”

As for why Holland spoke with TMZ, she says, “The story was already way out there in the open before I spoke. If Lindsay is allowed to say, ‘Fire that bitch,’ I should be able to defend myself.”

While on the one hand Dawn has a point in saying she should be allowed to defend herself, but on the other hand – come on! Obviously talking to a media outlet about a celebrity patient is a big no-no. She deserves to be fired just for being stupid. 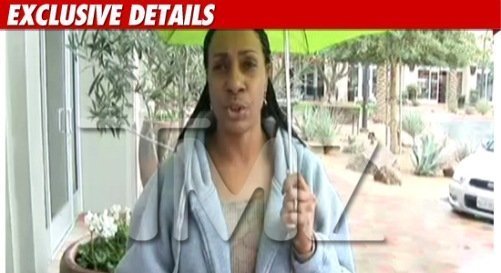