The parts played by the boy and girl are interchangeable, of course, but the basic storyline is the same.

Witherspoon, 34, began seeing Hollywood agent Jim Toth, 40, in January 2010; shortly after the actress broke up with actor Jake Gyllenhaal. In March, the duo went public while vacationing in Ojai, CA.

According to Reese Witherspoon’s rep, the newly engaged couple is “extremely happy.”

Witherspoon and actor Ryan Phillippe divorced in 2008 after seven years together; the former spouses share daughter Ava, 11, and Deacon, 7. Insiders told Us Weekly that Toth has “bonded” with Witherspoon’s kids. In fact, while Witherspoon shot This Means War in Vancouver last fall, Toth stayed with her little ones at her home in L.A.’s Brentwood area. “Ava and Deacon are happy with him,” the source adds.

Witherspoon joked about engagement talk to Entertainment Weekly recently. “My mom always texts me, like, ‘Are you getting married?’” Witherspoon said, laughing. “I’m like, ‘Mom, come on! You would know if I was getting married.’”

A pal says of Witherspoon’s romance with Toth: “She is definitely happy, in love and definitely wants to settle down.”

All this glowing talk of Jim Toth makes you wonder what’s wrong with Jake Gyllenhaal, doesn’t it?

Congratulations to Reese Witherspoon and Jim Toth, by the way. (Wouldn’t want anyone to think I don’t care.) 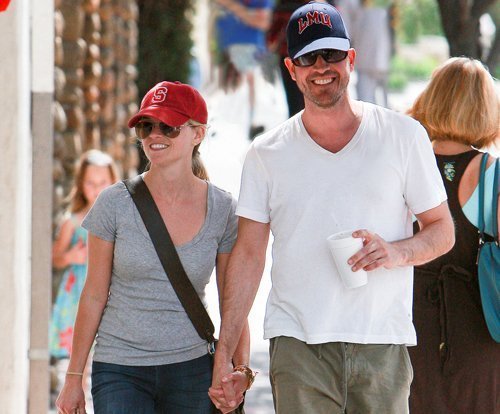