How will you be celebrating?

I don’t know about you, but I’m praying 2011 will be a zillion times better than 2010. I could really use a good-luck year; I don’t think that’s too much to ask.

As you slide down the banister of life, may the splinters never point in the wrong way. [source]

Until my good luck starts to roll in – bringing with it endless amounts of money, of course – I’ll have to settle for being entertained by fame whores.

And it’s in that spirit that I say…..

Snooki’s New Year’s Eve Ball drop was supposed to be in Time Square but rather it will happen in Seaside Heights, New Jersey. Which is the original setting for the reality show she stars in Jersey Shore. Snooki is seen [below] taping the segment for the MTV show while inside a glass ball. She is doing it Snooki style dressed in a tacky leopard dress and holding a red plastic cup presumably with alcohol, Snooki waved to the crowd as she dropped from the roof of her former Jersey Shore house. [source] 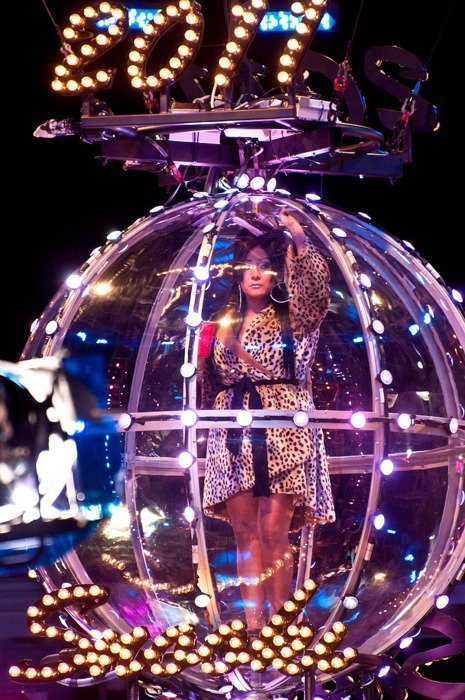