Among all the happy celebrity pregnancy news to report, some sad news has come our way.

Actor John Dye, known mostly for his roll as the Angel of Death on the CBS drama, Touched By An Angel, has died. According to reports, the 47-year-old died of a heart attack in San Francisco, CA this past Monday.

Jerre Dye, John’s brother, told an online paper in Memphis that the family kept John’s death private until they were able to arrange a memorial service to be held in Dye’s home state of Mississippi.

John Dye made his way up the ranks as an actor in the ’80s and early ’90s making appearances on series like “The Young and the Restless” and “Murder She Wrote.”

In 1995, John Dye landed the role of Andrew on “Touched By an Angel.” It was first a recurring role, but he was promoted to a regular by the third season.

“People were very moved by the nature of John’s role, and it was not uncommon for people to come up to him in public and say their mother or brother passed away, ‘and you were a comfort.’ So often he would get some very powerful comments, so he had to learn to embrace all that,” his brother Jerre told the paper. 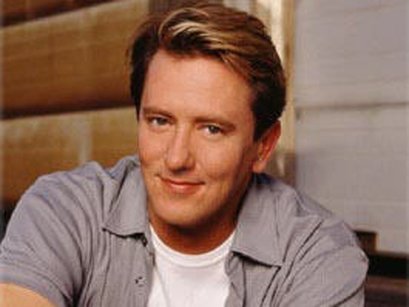