Congratulations Penis Nose! Now you have something to live for!

42-year-old Owen Wilson and his girlfriend Jade Duell welcomed a baby boy into their lives in Hawaii on Friday – a mere four days after announcing they were expecting.

The actor kept news of Duell’s baby bump a secret until Monday — but a source recently told Us that Wilson was “very exited and involved with the pregnancy.”

The first-time dad — whose past loves include Kate Hudson and Sheryl Crow – “has been doing research and learning as much as he can,” a source adds. “He’s super into it and asks a lot of questions to make sure he knows what’s going on every step of the way.”

Though Wilson has yet to pop the question, he did offer Us some insight about how he realized Duell may be The One.

“When you stop talking about yourself and you’re more open to listening to what they’re interested in and what they want to talk, that’s how you know,” he told Us at December’s How Do You Know premiere in Westwood, Calif. “Maybe you’re more open to even renting a movie like Steel Magnolias. Before you know it, you’re getting late fees for Sleepless in Seattle and you’re giving up the remote control! Although by that definition, not many men have been in love!”

We are barely two weeks into the New Year, and already like a billion celebrities have announced pregnancies. Who’s next? (Dear Lord: Please don’t let it be Paris Hilton) 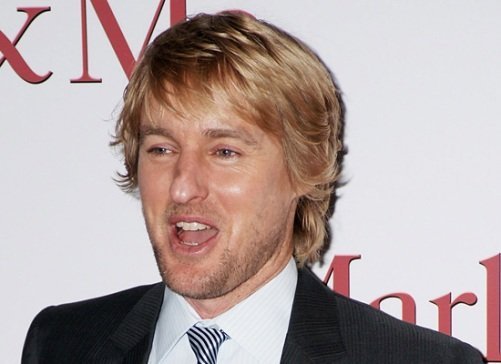