Condolences go out to Maria Shriver and her family, as they deal with the death of her father, Sargent Shriver, who had been suffering from Alzheimer’s for a number of years.

A member-by-marriage of the Kennedy clan – perhaps America’s great political family – Robert Shriver, Jr was married to Eunice Kennedy until her death in 2009.

“Our dad, Robert Sargent Shriver, Jr., lovingly known as ‘Sarge,’ today went to heaven to join the love of his life, our mother, Eunice Kennedy Shriver. He was surrounded by his five children, five children in-law, and his 19 grandchildren,” the family said in a statement released Tuesday afternoon.

“He was a man of giant love, energy, enthusiasm, and commitment. He lived to make the world a more joyful, faithful, and compassionate place. He centered everything on his faith and his family. He worked on stages both large and small but in the end, he will be best known for his love of others,” the statement continues. “No one ever came into his presence without feeling his passion and his enthusiasm for them. He loved God, he loved Eunice, he loved us, he loved anyone who was a servant of peace, justice or joy. He loved life.” 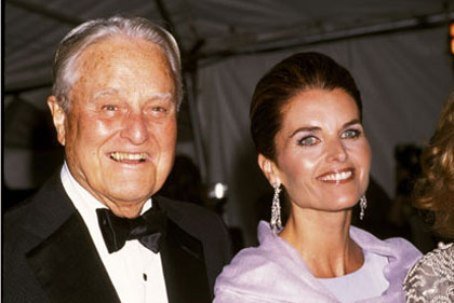