And by ASAP I mean sometime during the last two weeks of February – but only if the judge overseeing Kelsey’s divorce from Camille gives the go-ahead next week.

Claiming that he’s met almost all the legally required conditions for a quickie divorce, Kelsey Grammer has asked the judge to officially grant the divorce next Wednesday.

TMZ has learned Kelsey’s lawyer filed legal docs claiming the actor has agreed to every condition Camille Grammer requested in order to get a divorce decree immediately, leaving the property settlement issues for another day — every condition except one. Kelsey refuses to put up a $10 million bond intended to keep everyone honest while they negotiate the final settlement. [source]

Hesketh popped the question to Spencer with an Irish claddagh ring, which is given as a token of love or friendship and traditionally features two hands clasping a crowned heart.

Spencer, 27, is Kelsey’s only child with first wife Doreen Alderman. He has two more with outgoing third missus, Camille Grammer…

Side Note: Kelsey and Spencer were fairly estranged for many years, but now that Camille is out of the picture, he and his first born have become close once again.

This is pretty much the only picture I could find of Kelsey Grammer with his daughter Spencer Grammer. It’s from the Oceana’s Celebrity Free Surf in 2008. 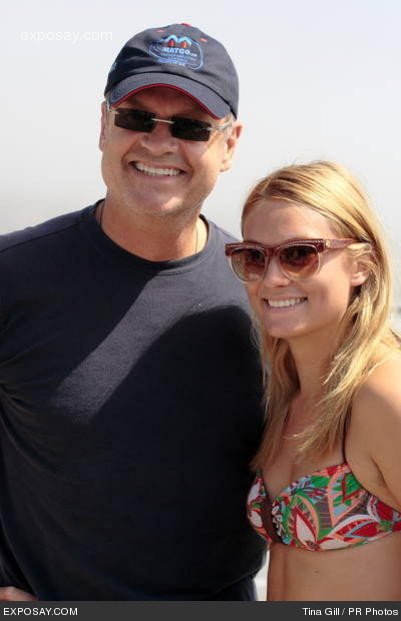