Actress Christina Applegate is the newest member of the celebrity moms club, having given birth to a 7lbs 8oz baby girl last Thursday. Applegate, 39, and her fiancé Martyn LeNoble, 41, have named their first child Sadie Grace LeNoble.

In what seems to be a fairly uncommon move in this day and age, Christina and Martyn decided against finding out the sex of the baby during the pregnancy; instead waiting until the birth to know whether they were having a boy or a girl.

The sex of the baby was actually a surprise to the two lovebirds as they decided to keep it a mystery until birth, which made the nursery designing process a bit more difficult.

At the time Christina said, “The nursery is gender neutral because we don’t know if it’s a boy or girl. I’m trying. It’s becoming a bigger project than it was supposed to be, unfortunately.”

Congratulations to the happy couple. 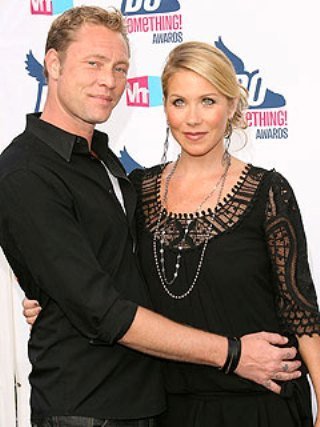 Who is this Martyn LeNoble, guy anyway?