Pulling the plug on her not-quite-3-year-marriage, Ashlee Simpson filed papers with the L.A. County Superior Court, requesting a divorce from Pete Wentz, and citing “irreconcilable differences” (of course). Simpson is asking for joint legal custody and primary physical custody of the couple’s 2-year-old son, Bronx, as well as spousal and child support.

I can’t say that I’m not surprised, but I didn’t really see it coming either. Although, I do recall some sort of tabloid saying something last week about trouble brewing between Ashlee Simpson and Pete Wentz.

“After careful consideration, we have made the difficult decision to file for divorce.

“We remain friends and deeply committed and loving parents to our son Bronx, whose happiness and well-being remains our number one priority. We ask that everyone honor our privacy as we navigate this next phase of our lives.”

According to sources, Ashlee and Pete did not have a prenup when they married in May 2008.

Upon news of the split, the “real” reasons started flying.

First we were told that Ashlee Simpson wanted out because of Pete Wentz’s erratic behavior. Then we were told the breakup is simply the result of the couple growing apart. Whatever the reason, all sides are insisting there was not a third party involved.

Wouldn’t it be funny if Ashlee Simpson already has a new boyfriend and moves him into the house she still shares with her soon-to-be ex-husband? Oh, wait….. 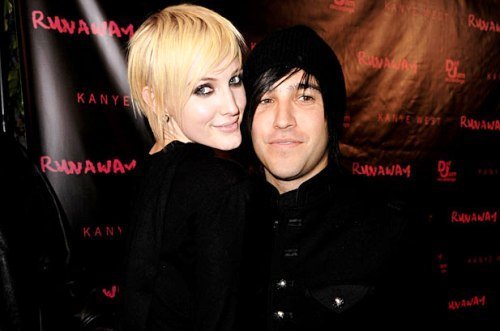