“You’re no different than anyone else … please don’t push your luck.” – Judge Keith Schwartz

Dear Lindsay Lohan: That cracking sound you hear is the ice breaking under your feet. Just so you know.

Since we last discussed our favorite red-headed train wreck, she’s entered a plea of not guilty in her felony theft case while wearing a very short white dress, had her current probation revoked, has been ordered to stay away from the jewelry store she’s accused of ripping off, and told that if she violates the law, she will be remanded without bail.

Sources are reporting that the primary reason the drama-plagued actress is being prosecuted for felony grand theft is because the L.A. County District Attorney believes Lindsay Lohan is more than just a troubled young woman – she’s also an experienced fashion thief.

Lindsay was not prosecuted or convicted in the three cases, but sources say prosecutors not only heavily considered the prior incidents in making their decision … they will ask the judge to admit the three incidents into evidence to show “prior bad acts” if the case goes to trial.

I’ve watched enough Law & Order to know that the inclusion of prior bad acts in a trial is always damaging to the defendant. Perhaps that’s why Lindsay Lohan is rumored to be thinking about a plea deal: Lindsay Lohan Scared of Jail, Seeking Plea Deal

The District Attorney’s office, by the way, has the surveillance video that is said to show Lindsay walking out of the jewelry store wearing the necklace in question, which is partially hidden by other trinkets.

…sources say there are two other factors that weighed heavily in the decision to prosecute:

– Lindsay has had repeated run-ins with the law, including two DUIs.

– She repeatedly thumbed her nose at the legal system by failing to perform her probation requirements, blowing off court appearances (remember that trip to Cannes?) and acting disrespectfully before the judge (the whole fingernail thing). 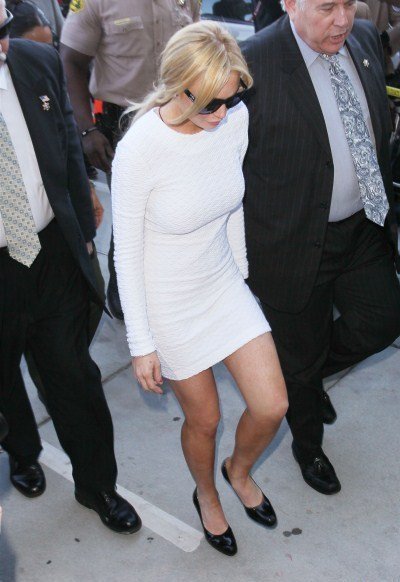