2011 is quickly becoming the year of the celebrity pregnancy.

Jessica Alba announced via her Facebook page that she and husband, Cash Warren, are expecting a sibling for their 3-year-old daughter Honor.

It’s been a while since I’ve been on FB & I thought I’d drop by to let you all in on some exciting news>Honor is going to be a Big Sister! Cash and I are thrilled and wanted to share the news directly with you so you didn’t hear about it somewhere else. I appreciated all of the love and support you all gave me during my first pregnancy and will definitely appreciate it again this time around. Have a great day! Jess

To be perfectly honest, I thought Jessica Alba and Cash Warren would be divorced by now. I can’t put my finger on it, but there’s always been something about Cash that doesn’t sit right with me. Maybe it’s because of all the rumors about Cash cheating that were circling around the time we found out about the first pregnancy. And then they secretly got married, and it felt like it was an attempt to deflect from the rumors.

But obviously Jessica sees something in Cash Warren, as she has chosen to reproduce with him once again. 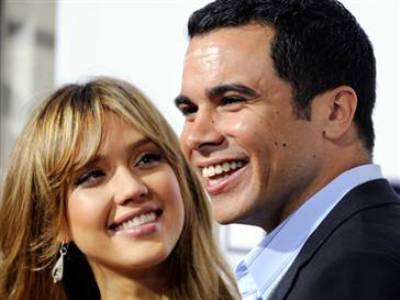