It’s going to happen folks; just you wait and see. The public descent of Christina Aguilera will most certainly occur. And from the looks of things, the ball has already started rolling down hill.

While you were tucked away safely in your warm cozy bed, trainwreck-in-training Christina Aguilera and her boyfriend, Matthew Rutler, were arrested in West Hollywood for being drunk and driving that way.

According to reports, Christina was nabbed for public intoxication while Matthew got popped for driving under the influence; both are misdemeanor offenses. Cops pulled over Rutler’s car after they observed him driving erratically.

Aguilera was arrested at 2:45 AM and booked at the West Hollywood Sheriff’s substation on a misdemeanor charge.

Really? 100 pounds? Christina Aguilera is only 100 pounds. I’m sorry, but I find that hard to believe. I mean, have you seen her lately? Of course she is only 5’2” so the weight probably looks heavier on her, plus I don’t think the L.A. County Sheriff’s Department would fudge someone’s booking sheet. But still – 100 pounds seems awfully light.

According to the L.A. County Sheriff’s Department, Rutler’s bail was set at $30,000.

Law enforcement sources tell us Aguilera appeared to be “extremely intoxicated” and was “unable to take care of herself.”

However, the source adds, “If the driver had NOT been arrested for DUI, [Christina] would have never been in trouble.”

When are celebrities going to get it through their thick self-centered arrogant heads that calling their driver or a cab is the best way to get home after a night of public debauchery? Seriously. It’ really pathetic how many celebrities have DUIs or have been arrested for other public drunkenness reasons.

By the way, sources close to Christina Aguilera have reportedly been trying for weeks to convince the singer to enter rehab. No word on what they think Matthew Rutler should do.

Hopefully there will be mug shots soon. 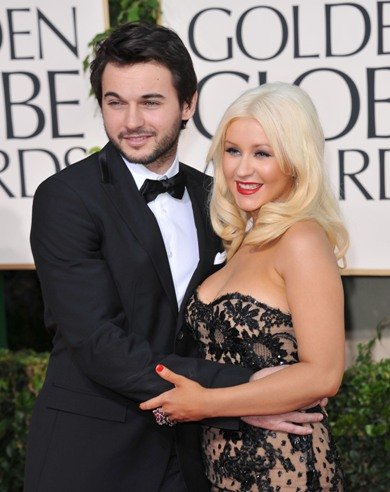