I’ve said an inappropriate thing or two in my lifetime, and I’m sure I will continue to do so. However, I have enough sense not to be tacky and insult a zillion people within days of a horribly destructive earthquake and tsunami. I mean, that’s just not classy.

Comedian Gilbert Gottfried took to his Twitter page to share a dozen “jokes” about Japan, and as a result, has lost his gig as the voice of the Aflac duck. The tweets have since been removed.

The insurance company – which does approximately 75% of its business in the devastated nation – made the announcement on Monday.

“Gilbert’s recent comments about the crisis in Japan were lacking in humor and certainly do not represent the thoughts and feelings of anyone at Aflac,” read a statement. “There is no place for anything but compassion and concern during these difficult times.”

The insensitive tweets included such gems as:

“Japan is really advanced. They don’t go to the beach. The beach comes to them.”

“I just split up with my girlfriend, but like the Japanese say, ‘They’ll be another one floating by any minute now.’”

Aflac will be conducting a “nationwide casting call” to find Gilbert Gottfried’s replacement. 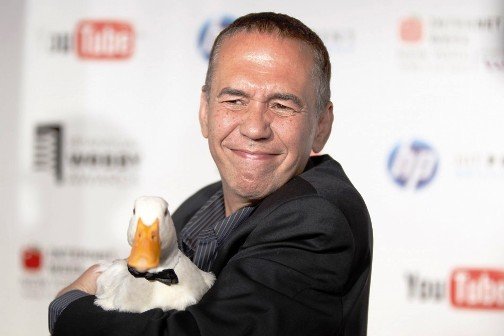 In related insensitive Twitter remarks news, rapper 50 Cent has come under fire for his comments about the Japan disaster.

“Hawaii under a watch this sh*t is crazy. I can’t swim”

“Look this is very serious people I had to evacuate all my hoe’s from LA,Hawaii and Japan. I had to do it. Lol”

When people sent the rapper a bunch of hate-tweets, he responded by basically shrugging his shoulders.

“Some of my tweet are ignorant I do it for shock value. Hate it or love it. I’m cool either way 50cent.” 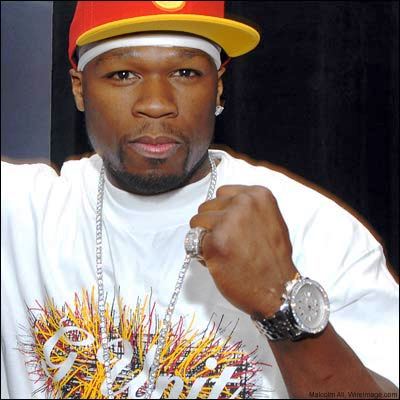