Poor Lindsay Lohan, if it’s not one thing, it’s another.

Although she’s wandering around as a free woman, the threat of jail looms over Lindsay Lohan’s head. A jail, by the way, that does not allow smoking; which probably plays a part in Lindsay’s quest to kick her cigarette smoking habit.

According to reports, the addiction-prone actress quit smoking cold-turkey about a week ago. In addition, she’s said to be really eager to get healthy as well as clean of drugs, and is working out with a personal trainer every morning.

Apparently cleaning out her body isn’t enough, because Lindsay Lohan has reportedly severed ties with her management company.

“She was really ready for a change and decided to leave Creative Artist Agency and join International Creative Management,” a source said.

…The 24-year-old has chosen one of the world’s largest talent and literary agencies and is reading scripts with plans return to work soon.

On top of the stress of all that, Lindsay Lohan shared via Twitter that she suffered an anxiety attack upon her arrival at JFK International Airport Sunday night.

“I love ny – but the paparazzi @ jfk just gave me an anxiety attack….. i was half asleep! They’re such animals well- @ least im with my family in the end…. xo.” 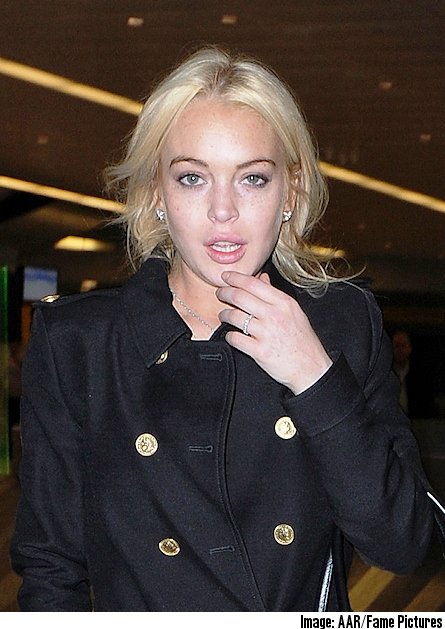