Dear Celebrities: We all know what you really mean by “treatment facility.”

Actor Seann William Scott – who most famously played Stifler in the American Pie movies – has entered a “treatment facility” to deal with some sh*t he needs to deal with. His rep confirmed the news in a statement:

“Seann William Scott has voluntarily admitted himself for proactive treatment to address health and personal issues. He appreciates the support of his many fans at this time,” says the rep in a statement. [source]

What the heck does “proactive treatment to address health and personal issues” mean? That’s he’s thisclose to becoming a full blown addict so he’s entering rehab? Is he having massive plastic surgery and the treatment facility is really a surgery rehab-house?

Oooh! Maybe his doctors found a gene that predisposes him to testicular cancer so he’s having his nuts chopped off as a proactive measure.

Or maybe he’s just going through a hard time and needs professional help to cope. 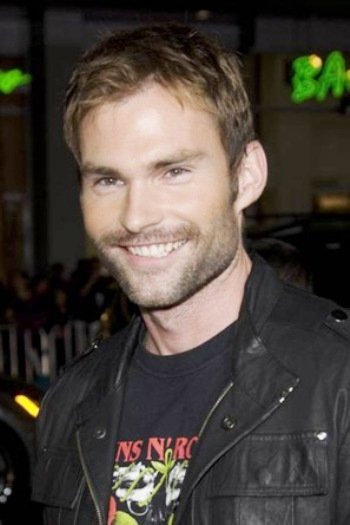 Seann William Scott’s first commercial success came in 1999 with the movie American Pie, in which he played Steve Stifler; he reprised the role in two sequels, American Pie 2 and American Wedding. Seann was reportedly paid only $8,000 for his work on the first film.

The funny 34-year-old also had roles in Final Destination – which he totally lost his head over (see video below), as well as Dude, Where’s My Car? alongside Ashton Kutcher, Kevin Smith’s Jay and Silent Bob Strike Back, and Southland Tales, which re-united Seann with fellow actor Dwayne “The Rock” Johnson, with whom he’d previously worked in The Rundown.

In 2003 Seann William Scott hosted the MTV Movie Awards with Justin Timberlake; he has hosted Saturday Night Live, and also appeared as a guest co-host on Live with Regis and Kelly.