Happy Birthday Flavor Flav! And all these other people…..

Flavor Flav was born on March 16, 1959 and given the name William Jonathan Drayton, Jr. He rose to prominence in 80s as a member of the rap group Public Enemy.

Flav began playing the piano at age five; he claims to be self-taught. A musical prodigy, he sang in the youth choir at his church and mastered the piano, drums, and guitar at an early age. He eventually became proficient in 15 instruments. His childhood included legal trouble: He set a house on fire as a small child while playing with a lighter and, by the time he dropped out of school in the 11th grade, he had been in and out of jail for robbery and burglary. [source] 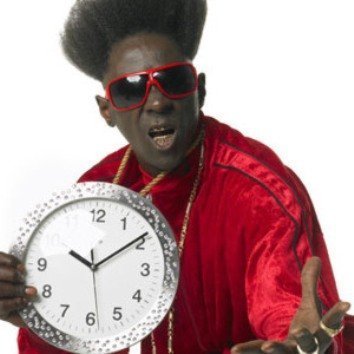