Sad news to report this morning – the one and only Elizabeth Taylor passed away at Cedars-Sinai Medical Center in L.A. around 1:30am Wednesday morning at the age of 79. She had been hospitalized with heart problems for the past few weeks.

According to Taylor’s publicist, the stunning beauty was “surrounded by her children — Michael Wilding, Christopher Wilding, Liza Todd, and Maria Burton.” A private funeral will be held later this week.

Taylor’s rep says she died “peacefully” from congestive heart failure, “a condition with which she had struggled with for many years.” Adding, “Though she had recently suffered a number of complications, her condition had stabilized and it was hoped that she would be able to return home. Sadly, this was not to be.”

A source at the hospital claims the doctors knew around 6:00pm on Tuesday that Taylor was dying.

Elizabeth Taylor – who was married 8 times, including twice to Richard Burton – is survived by 4 children, 10 grandchildren, and 4 great-grandchildren.

Here eldest son, Michael Wilding, Jr. remembers his mother fondly as not only a great matriarch, but an overall wonderful human being.

“My mother was an extraordinary woman who lived life to the fullest, with great passion, humor, and love,” Wilding, 58, said in a statement Wednesday. “Though her loss is devastating to those of us who held her so close and so dear, we will always be inspired by her enduring contribution to our world.”

…“Her remarkable body of work in film, her ongoing success as a businesswoman, and her brave and relentless advocacy in the fight against HIV/AIDS, all make us incredibly proud of what she accomplished. We know, quite simply, that the world is a better place for Mom having lived in it. Her legacy will never fade, her spirit will always be with us, and her love will live forever in our hearts.”

Check out the matching swimsuits Elizabeth Taylor and son Michael are wearing. Too cute!!….. 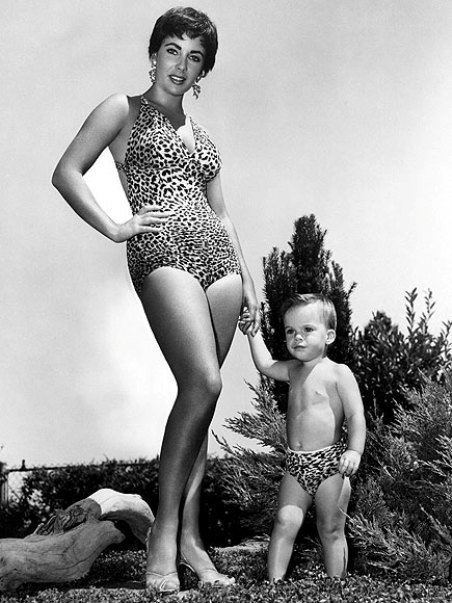 Quite possibly the most beautiful woman in the world (sorry Angelina, but you ain’t got nothin’ on Dame Elizabeth) Taylor is considered one of the greatest actresses of all time, starring in such classics as “Cat on a Hot Tin Roof” and “Cleopatra”. She was also a two-time Academy Award winner for her roles in “Butterfield 8” and “Who’s Afraid of Virginia Woolf?”.

Elizabeth Taylor and Paul Newman in “Cat on a Hot Tin Roof”….. 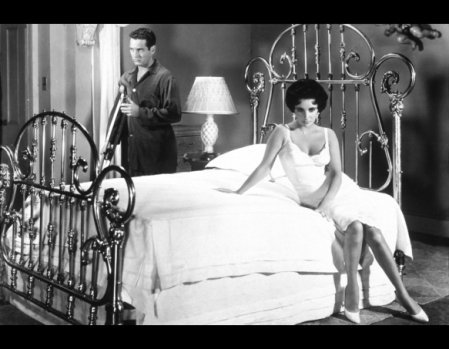 Visit http://www.facebook.com/ElizabethTaylorTribute to leave a personal message for Elizabeth Taylor and her family.

Taylor will be buried next to her parents at the Westwood Village Memorial Park Cemetery in L.A. Other celebrities that are buried or interred there include Marilyn Monroe, Natalie Wood, Truman Capote, Farrah Fawcett, Dean Martin and Walter Matthau.

In lieu of flowers Taylor’s family is requesting that contributions be made to the Elizabeth Taylor AIDS Foundation at elizabethtayloraidsfoundation.org. 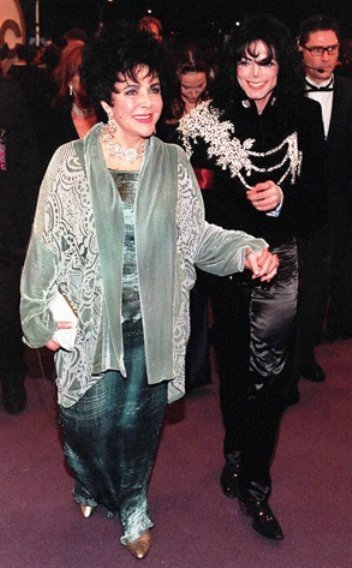 Liz Taylor’s Last Us Interview: 25 Things You Don’t Know About Me – UsMagazine 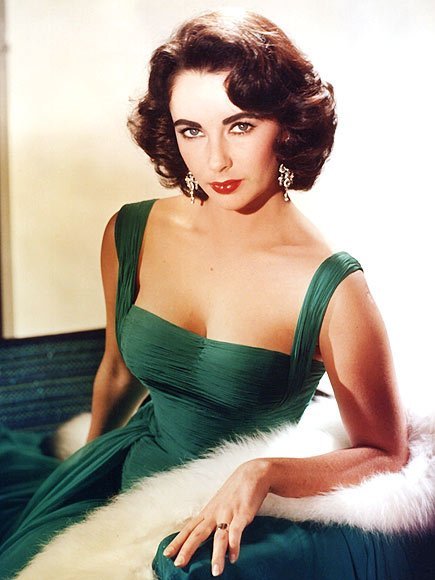