Wow, Canada really knows how to hold a grudge.

Eight years after first issuing a warrant for Jackass star Steve-O’s arrest for assault with a weapon, Canada finally got the chance to nab their guy.

Upon arrival at the Calgary International airport, Steve-O was stopped by customs officials when they noticed there was an outstanding arrest warrant in his name.

According to reports, an arrest warrant was first issued back in 2003 after Steve-O allegedly attacked someone with a mysterious object. The identity of that someone is still unknown.

After his arrest on Sunday, Steve-O was locked up for a bit before appearing in front of a judge. He was eventually released on bail in the amount of $10,000 Canadian ($10,216.60 American) – which he had to pay in cash.

Steve-O is due back in court in May.

Check out these crazy Canadian laws that are still on the books!

– Comic books which depict any illegal acts are banned.
– You may not pay for a fifty-cent item with only pennies.
– Citizens may not publicly remove bandages.
– Businesses must provide rails for tying up horses.
– If you are released from prison, it is required that you are given a handgun with bullets and a horse, so you can ride out of town.
– All business signs in the province of Quebec must be in French.
– The city is classified as a no-pee zone.
– It is illegal to climb trees. 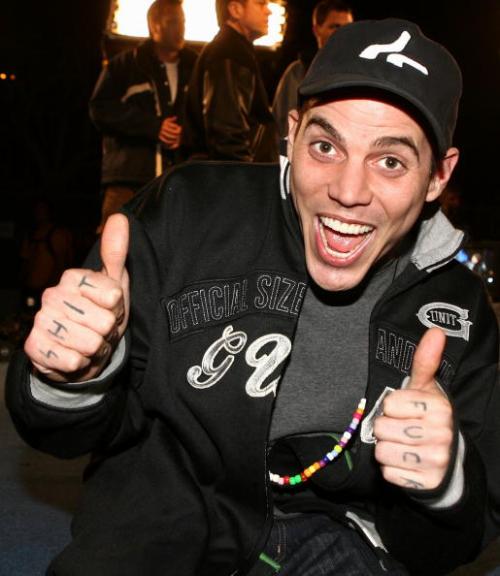