Home
Hollywood Gossip
Kevin Federline Is Going To Be A Dad. Again.

Am I the only one who thinks it’s beyond ridiculous how fertile Kevin Federline is? I mean really, how many times is this guy going to procreate?

Kevin Federline, who turned 33 this past March 21st and seemingly has no steady form of income, has knocked up his girlfriend of just over two years, ex-pro beach volleyball player Victoria Prince.

This kid will bring K-Fed’s kid count to five and his baby mama count to three.

According to insiders, Victoria Prince is about five months along and the couple is “totally happy.” A rep for Federline has yet to comment on the rumors. 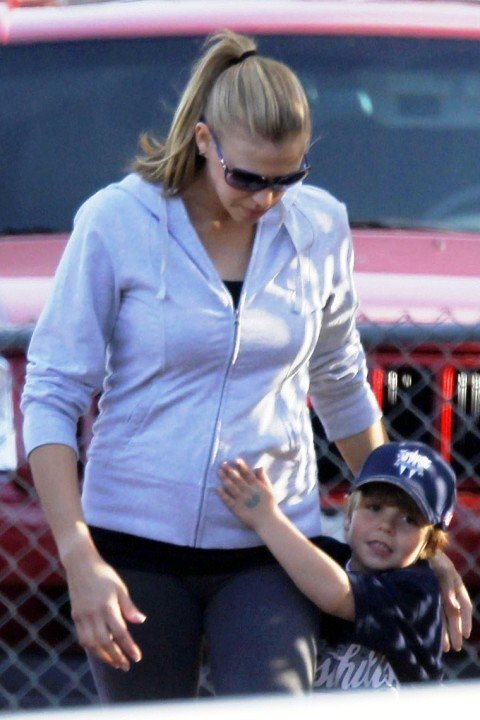 – Kevin’s parents divorced when he as eight; he lived with his mother until he moved to his father’s house in Fresno at the age of 11.

– Federline dropped out of school in the ninth grade but later earned his GED.

– After dropping out of school, Kevin Federline started dancing with a non-profit group called Dance Empowerment.

– When Prince is not playing volleyball, she enjoys boating, jet skiing, and other outdoor activities.