Home
Hollywood Gossip
Donald Trump Jr And Wife Are Having A Baby. Again.

Donald Trump, Jr. and his wife Vanessa are adding to their brood.

On Wednesday, Don Jr. shared the news with the Twitterverse.

“Ok guys BIG NEWS (at least for me) my awesome wife Vanessa has another bun in the oven,” he shared with fans. “Baby #3 on the way. Wish us luck!!!”

His younger sister Ivanka – who is currently gestating her first spawn – responded via Twitter with great happiness.

“Auntie Ivanka is so excited!”

Donald Trump, Jr. out and about with wife Vanessa and their children in June of 2009….. 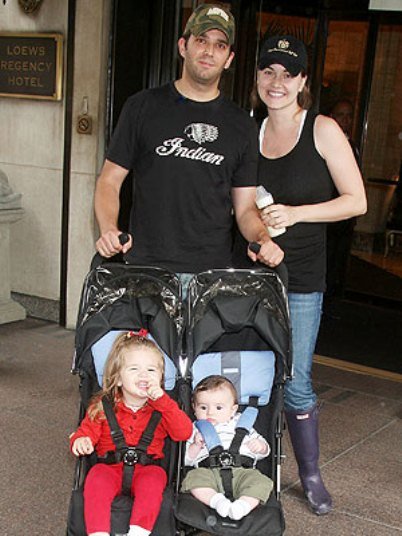 In other Trump family news…..

The New York Post is reporting that Oprah Winfrey wants to give Donald Trump, as well as other celebrity guests, an on-air makeover before her talk show ends for good on May 25th.

Often the butt of jokes due to his horrendous hair and tacky spray tan, Donald Trump is the perfect candidate for a makeover. And it might be a good idea if he really does have an intention to throw his hat into the presidential ring.

As the invite to appear on Oprah’s show reportedly noted, “This will become one of those historical television moments that will become iconic.”

…Whether or not Trump will heed Oprah’s wishes remains to be seen, but producers have high hopes. As ‘Oprah’ producers told Trump, “The eyes of the world will be upon these episodes.”