Dr. Phil must not know the old adage “never bite the hand that feeds you.” It’s either that, or he’s just an interview cock-blocking jerk.

The folks over at TMZ, who seems to have a never-ending supply of spies and resources, have gotten their hands on some juicy legal documents filed in connection to a lawsuit against Dr. Phil for allegedly defaming two men involved in the Natalee Holloway case.

Back in 2005, Dr. Phil and his staff were working on getting an exclusive interview with Beth Holloway, Natalee’s mother, when they found out that Oprah and her people had beaten them to the punch and already scheduled and exclusive with Beth.

In the docs, there is a chain of emails between Dr. Phil and his staff. One of the producers wrote an email to Phil, saying she had found out that Oprah had an interview with Beth. The producer had a plan: “But we can OUT SCOOP Oprah & do the show w/ her first no matter what we find tomorrow we still have an interesting show – plus only YOU can really help.”

Phil (using initials DPM – Dr. Phil McGraw) responded, “WE DEFINITELY NEED TO SCOOP THE DEAL SO IF WE NEED TO SHOOT THIS WEEK THEN LETS DO IT.” Phil adds this caution: “IF SHE [Beth] TELLS THE OPRAH PEOPLE ABOUT US THEY WILL LIKELY ATTEMPT TO DERAIL IT BY MOVING UP THEIR SCHEDULE.”

The producer responds, “Grea[t] & she won’t say anything to oprahs peeps she knows it would jeopardize what we are doing – I’ll email you both tomorrow as soon as I talk to jamie & we can go from there!! Yippie scoopen the big O!!”

Something tells me Ms. Winfrey isn’t going to be very happy when she gets wind of all this. Dr. Phil should be shaking in his boots – no one crosses the great and powerful Oprah and survives. 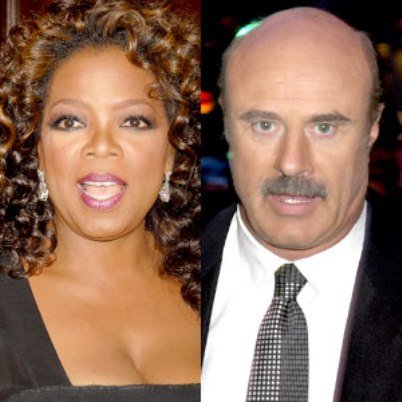