Earlier this week, Britney Spears appeared in a pre-taped segment of ABC’s Good Morning America and announced that Enrique Iglesias would be joining her on her upcoming tour.

Within hours, Enrique Iglesias had pulled out of the tour.

A true professional, Britney Spears barely bat and eye and moved on down the list to find another accompanying act.

According to reports, Nicki Minaj is at the top and is in “serious talks” with the Spears people to bring the up-and-coming rapper on tour as Britney’s opening performer. Reportedly communication between the two camps is going well and a confirmation could be announced any day now.

Nicki Minaj is currently on tour with Lil Wayne, which raps up at the end of April. Britney’s tour doesn’t start until June, so logistically things work out.

Guess we just have to wait and see.

– Nicki was born in Saint James, Trinidad and given the name Onika Tanya Maraj

– She was discovered by Lil Wayne

– Signed a deal with Young Money Entertainment after the release of three mixtapes – Playtime Is Over, Sucka Free, and Beam Me Up Scotty

More about Nicki Minaj at Wikipedia 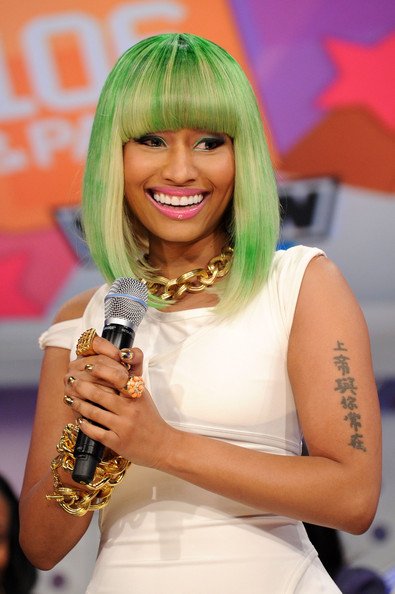