I’ve had a few sandwiches from Quiznos, but they’re by no means my favorite. I don’t like that they toast everything. I know, I know, that’s the whole point of their subs, but I’m not feelin’ it.

Jon Gosselin, apparently, feels differently and actually likes to eat at Quiznos. Or at least take their money in exchange for a Tweet or two.

The divorced father of eight, who has 72,184 followers, is currently being paid to promote the new Quiznos $2.99 deal:

Jon’s girlfriend, Ellen Ross, is singing the sub company’s praises online as well, Tweeting similar sentiments to all of her 3,420 followers.

A source close to the duo tells Rumorfix that a single tweet from Jon Gosselin usually goes for $500.

That sort of sounds like a lot until your realize that Kim Kardashian gets $13,000 for tweets she sends to her almost 7 million followers. Not to be outdone, Charlie Sheen was paid more than $100,000 to tweet about Internships.com.

In other Gosselin news…..

Kate Gosselin is whining again about the perils of her dating life to anyone who will listen.

During an appearance on NBC’s Today show, the single mother of eight talked about how dating has changed over the years, “You start out the first time around, and you’re some single girl with not a lot of baggage or issues.”

But boo-hoo, now she has eight kids – each of whom she brought into this world on purpose, mind you – and finding the time for love is just so hard.

“I like to have fun, and I don’t have a lot of time for myself. I do have eight kids. I feel like I have my life together, pretty much. But let’s be honest. It’s going to take a strong person to wrangle this mess.”

Asked if potential suitors are intimidated by her situation, she replies, “Probably. If he can pass the test, he’s got to be Superman.” 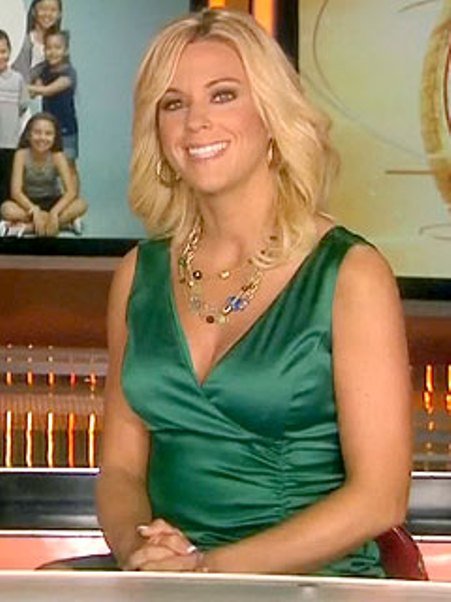