Elena Ford – granddaughter of Henry Ford II and currently the head of global marketing at Ford – was arrested in Michigan on Sunday for driving under the influence “with an occupant less than 16” after losing control of her Explorer. (Wouldn’t it have been funny if she was driving a Chevy.)

WDIV in Detroit, MI is reporting that Elena jumped the curb and drove onto the median, before swerving back into traffic. Authorities confirm that her 11-year-old son was in the car with her at the time.

That’s out and out child abuse, if you ask me.

As if that wasn’t bad enough, Elena Ford blew a .14 at the scene and also failed two field sobriety tests.

Shortly after the news of Ford’s arrest hit the airwaves, her attorney released a statement.

“Ms. Ford recognizes that this is a very serious matter, and she expresses her deepest apologies for the embarrassment this has caused her family and others around her…Ms. Ford has cooperated fully with law enforcement and will continue to do so.” [source]

Your tears do not move me, Elena Ford; you will not find sympathy here. 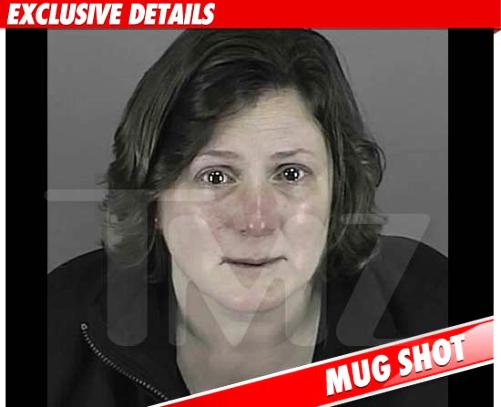