Sure, we all love the smell of bacon, but I don’t know if we should all smell like bacon.

The folks at Fargginay seem to disagree, however, as they have created the world’s first bacon fragrance: bac?n (pronounced “bay-cone”). 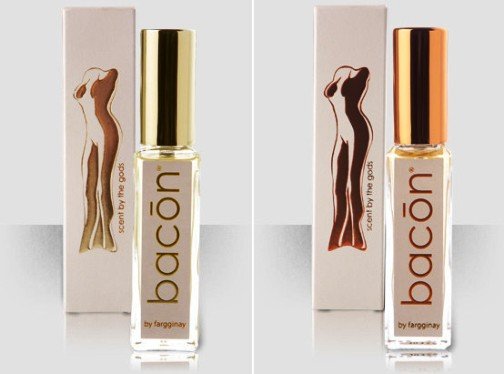 According to the press release:

bac?n is a passion project mirrored after one of the 20th Century’s greatest legends. The Legend of Fargginay began in 1920 when quite by accident John Fargginay, a Parisian butcher discovered the ability to dramatically elevate his customers’ mood with a secret recipe blending herbs & essential oils with the essence of…bacon. As the story goes, film stars & heads of state would frequent his shop to procure the magical elixir. With a wink of the eye and the secret code, “fargginay,” customers would be slipped a discreet pouch containing the formula said to trigger pleasant memories. After a massive fire on July 4, 1924, the business was lost and so was the formula…Until now.

Something tells me this fragrance is more appealing to the gentlemen than to the ladies.

Check out the commercial for “bac?n” below.

Question: What does it say about our society if this product takes off?