Home
Hollywood Gossip
There’s Going To Be A Bill And Ted 3. Excellent!

Keanu Reeves has made me a very happy girl.

During an interview with MTV News to promote his upcoming movie with Vera Farmiga, Henry’s Crime, the mysterious – and often mum – actor basically confirmed there’s going to be a third installment of the Bill and Ted movies.

I am so excited. It’s like a little piece of my childhood has grown up and followed me into adulthood. 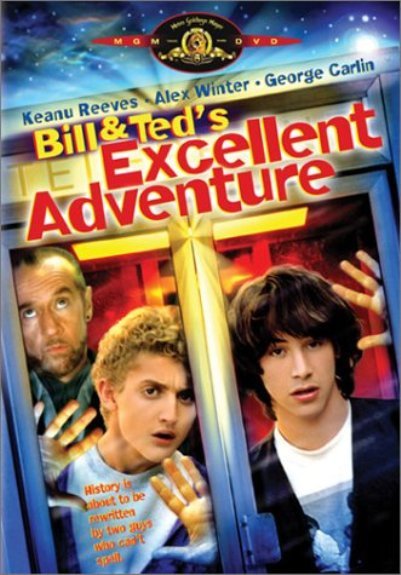 Now, before you get all pissy and start calling me a hypocrite because I just said the other day that I don’t like it when iconic shows and movies are retooled and updated, a third installment of Bill and Ted is not a revamp – it’s a sequel. There’s a difference.

According to Keanu, the new movie will pick up where Bill & Ted’s Bogus Journey left off, when Wyld Stallyns became the best band in the universe.

“I believe the writers are six weeks away from a draft,”…

…”I know a little bit. But I don’t know — the fellas went off and cooked it up,” he teased. “I don’t know what happened when they put the elements together.”

…”When we last got together, part of it was that Bill and Ted were supposed to have written the song that saved the world, and it hasn’t happened,” he said. “So they’ve now become kind of possessed by trying to do that. Then there’s an element of time and they have to go back.”

Strange things are afoot at the Circle K…..