I guess he has nowhere else to go ‘cause he’s turning to the public to help get him out of the gigantic tax-evasion hole he’s dug for himself. Once out of said hole, Hatch vows, he will be suing CBS, Survivor creator Mark Burnett, and others connected to the highly successful show for “years of torment and financial devastation I have incurred as a result of their improper actions.”

Not quite sure what actions Richard Hatch feels were improper seeing how he is the one who didn’t pay taxes on his winnings, but whatever.

So how much money is Richard Hatch asking for? 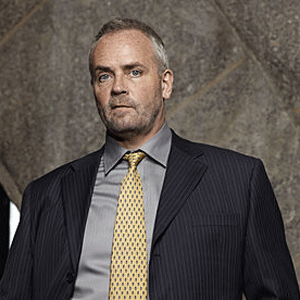 …“I can prove my innocence if someone will loan me three hundred thousand dollars.”

… “I have until April 10, 2011 to pay the Malaysian government the tax they are due for the work I did on Survivor ten years ago, taxes the producer’s of Survivor and CBS Television were legally required to pay to the Malaysian Revenue Board.”

As if that weren’t all laughable enough, Hatch says he’s being used by the IRS as a “poster child” for what can happen if you don’t pay your taxes. Gee, ya think? But hey, can you blame them? He whines, “The government has very effectively exploited my notoriety to their ends and I have been powerless to stop them.”

If by any chance you’re thinking of contributing to Richard Hatch’s “freedom fundraiser,” maybe you should think twice. And decide to give me the money instead! Seriously!

I really need it – and not to pay taxes, either! I just need a simple $8,000 so the boyfriend and I can fix a few things at our property in the country and start our life together out there.

Awwwww, isn’t that sweet? Now don’t you want to give me money?

You know where to find me if you change your mind.

…I want my cake wanna eat it too
I want the stars and the silver moon…..