Why does this not surprise me? Oh right, because it’s Kate Gosselin.

Kate Gosselin is being sued by Creative Energy Options of Pennsylvania, for $10,476 – payment plus damages that they say the single mother of eight owes them.

In early 2009, Kate Gosselin hired the company and asked that one of their Doctors fly to Los Angeles – twice – to conduct “marriage counseling” for her and now ex-husband Jon Gosselin, and that she subsequently “refused to pay for services or travel fees.”

I wonder if Kate Gosselin went to the Richard Hatch School of “I thought the network paid for that” and assumed TLC would foot the bill.

Or maybe she figured since the marriage ultimately ended in divorce, the counseling didn’t work and therefore she didn’t have to pay for it. You know, kinda like not having to pay your lawyer if you don’t win your case. (Counseling does not work like that, by the way)

Dr. Sylvia Lafair, the president of C.E.O. of Creative Energy Option, says she attempted to contact Kate several times in hopes of receiving the payment, but was unsuccessful.

“There are commitments that people make,” she says, “and they should be followed through.”

You’re right Sylvia, people should follow through on their commitments. But they don’t. Especially when they’re angry women with too many children. 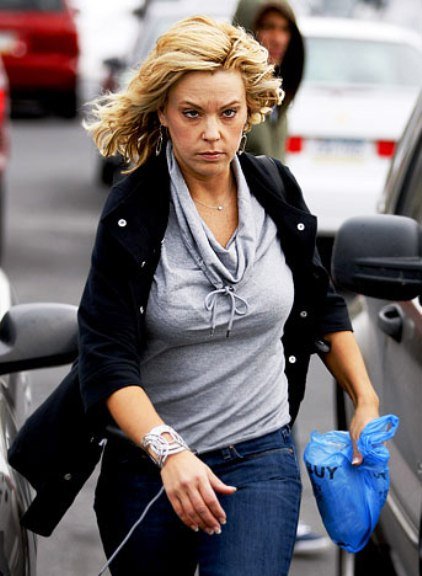