Bunton’s rep released the following statement on the joyous occasion: “Both mother and baby are doing well and the family are over the moon and would like to thank everyone for their kind wishes and support.”

But Bunton, 35, didn’t leave it to her publicist to make the only comment. She also took to Twitter to let the world know about her bundle of joy. She tweeted: “Our beautiful son Tate has arrived safe and sound! We are all so happy and excited. Thanks and love to you all.”

The name ‘Tate’ is of English origin, and means “cheerful.”

– Before Jones became a chef, he was a popular English R&B singer; most famous for being the former lead singer of the band ‘Damage.’

– Appeared on Channel 4’s Bo in the USA as a member of the band CherryBlackStone.

– He and his band ‘Damage’ recorded a song entitled “I Don’t Know” with Emma Bunton.

– As a chef, Jones is a trainee at the Lord Stanley in London’s Camden Town and puts in hours at their sister pub, the Lansdowne in Primrose Hill. 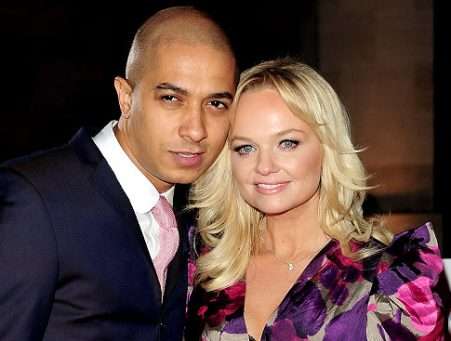