Nicolas Cage has clearly taken a page out of the Slick Dick handbook; we should just call him Slick Nic and get used to him skirting the law. Shoot, he’s been doing it for years – I seriously doubt he’ll stop anytime soon.

So not only is Slick Nic allowed to walk around a free man even though he owes the government thousands and thousands of dollars, now he doesn’t even have to face the music for being a belligerent ass in public in front of his wife and young child.

According to reports, the New Orleans District Attorney has decided not to prosecute Nicolas Cage for disturbing the peace and reported domestic abuse, citing insufficient evidence.

At the time of his April arrest, Cage was booked on charges of domestic violence, disturbing the peace and public drunkenness. His bond was set at $11,000 – and paid by the one and only Duane “Dog the Bounty Hunter” Chapman.

– In 1988 Cage dated (but never married) actress Christina Fulton and had a child with her, Weston Coppola Cage, who was born on December 26, 1990.

– Slick Nic is currently married to his third wife Alice Kim, a former waitress who at one point worked at L.A.’s Kabuki restaurant. The pair met at a Korean nightclub in Los Angeles called Le Privé and married shortly after on July 30, 2004. On October 3, 2005 Alice Kim gave birth to a son who the couple named Kal-El (Superman’s birth name). 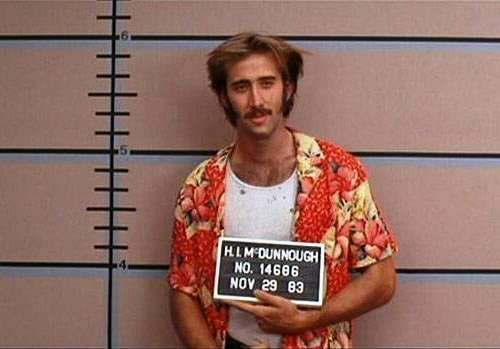